I've heard people say they'd do anything for their kids, they love them so much.  But, as the mom of Affluenza has shown us, that is stupid.

I absolutely love my kids.  And if they were faced with jail time, I might help them flee the country.  Jail is a terrible place.  But the time to do anything and everything for your kids is when they are young.  And by anything and everything, I mean take care of them, spend time with them, show them that there are consequences for their actions, and teach them not to be a jerk.

Today at the park B was chasing lP and a newfound friend.  He was being an alligator.  His little 2 year old legs churning as he clapped his arms open and closed.  I was seriously impressed at his coordination.  After a while the newfound friend got scared.  She was hiding behind her grandma.  So I told B that she didn't like it.  I asked him if he wanted me to chase him.  I chomped my arms at him.  He was scared.  So now he understood how the little girl felt.  Going forward, I reminded him not to chase her.  And when he did, I stopped him.

This small moment was a step in teaching B about consent.  Consent with a capital C is really about common etiquette applied to  sex.  If someone doesn't want what you offer, that is their right.

Certainly in life, we do have to drive in the lane.  We have to pay for the food at the store.  We can't just do whatever we want all the time.  But we don't have to put up with being abused.   When I hear kids saying "You have to..." I cringe.  When I hear Dora and Diego saying "There's only one way to..."  I remind my children that there is never just one way....  Well, except for salvation...

M loves to climb.  She climbs up the poles of the swing set.  Today she was climbing next to a woman pushing her child in the baby swing.  I tried 2 times to tell her to get down.  I've told her in the past not to climb next to people because I feel like even if she doesn't fall on them, it makes people nervous.  And that's rude.  I try to teach the kids that their enjoyment should not come at the expense of other people's comfort.   So after she seemed to see me and acknowledge that I had told her to get down, she dangled by her arms and moved to the support closer to the woman!  I lost it then and yelled, YELLED, for her to get down.  Then I was embarrassed for yelling.  Yelling was more likely to make her fall, the very thing I wanted to avoid...  So I told her to go to the car and we left the park.

I love my children.  They are a joy to me.  I love it when people tell me how well behaved they are.  I hope they love that too.
Posted by Lucky Day at 7:25 PM 1 comment: 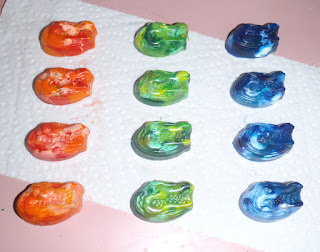 I made these crayons in December.  Our sweet neighbors gave us a box of old crayons.  I hate crayolas.  I'm a bit of a snob, apparently (surprise! OK, like you didn't know this...) and I just feel like throwing them away when they are broken, or if someone peels the wrapper off.  I had mostly purged our home of the skinny stick crayons before I decided I would like to someday make some molded crayons.  So when they gave us 2 cups of crayons, we decided to make some gator crayons!

We used jello molds, of which we have 4, so I wasn't going to be sad to have one "ruined" to make crayons.  The kids helped me peel the crayons, what a dream come true for them.  I cut the crayons into little bits to help them melt more smoothly.  I sprayed the molds with cooking spray, and put the molds in a water bath to keep the wax melting even after I took them out.  I microwaved them for about 2 minutes then poked the unmelted bits with a toothpick, to submerse them in the hot wax.  I'm really pleased with how they turned out.

We were able to make 40+ so we kept one set and gave the rest away to kids at G's birthday party.

P took a picture of these other creations of ours.  It has been a little chilly here lately.  We even saw flurries on the windshield on Saturday.  Our family in DC has 2 feet of snow.  We're chilly.

I'm very pleased with how these creations are turning out. cake for the win 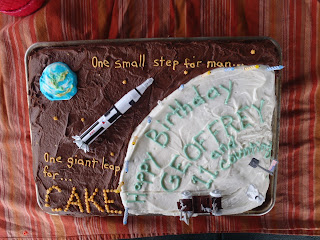 P's parents gave G this set of nasa toys that inspired this cake.  It was so pretty.  M came up with the phrase "One small step for man...  One giant leap for... CAKE".  We had a nice party.  Some kids just wanted to play football.  G played with different groups, those playing football, those chasing ducks, on the playground etc...  I'm grateful that we always invite the same friends and have the same menu.  Birthdays can be sort of crazy.  I got to spend time hanging out and it was great.
Posted by Lucky Day at 2:12 PM No comments: 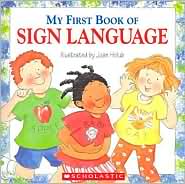